A long weekend again. As my husband's brother is in town for business meeting almost all my in laws are here. So we decided to go to Bukit Tinggi. saja jalan-jalan cari pasal . It was just a day trip. No we didn't check in the hotel. My youngest sister also joined in.

We headed out after breakfast. Actually it was already 11. huhu it's weekend. come on.  Six and half of us in two cars. the traffic was quite slow moving. Everyone must have planned a break out of the city or at least balik kampung. We stopped for a quick lunch and toilet break at Burger Kings before Gombak Toll to Karak highway. 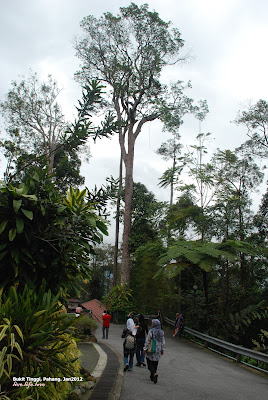 It was almost an hour to arrive there but then you will enjoy the breeze and greenery.

To enter the resort you have to pay an entrance fee (RM16 per head if I am not mistaken) and I think It will be refunded upon check in at the hotel. (If you are going to stay overnight lah) 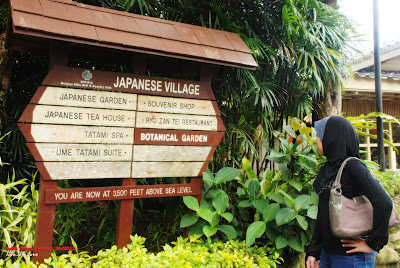 Irfan loves the steps and the fish in the ponds. He walks all the way up and refuse to be carry around. Irfan kept pointing at the huge rocks and said " Ball... besaaar" Hish. It's a rock la . We put him onto one and he kept smiling and clapping while his uncle and auntie snapping his picture. 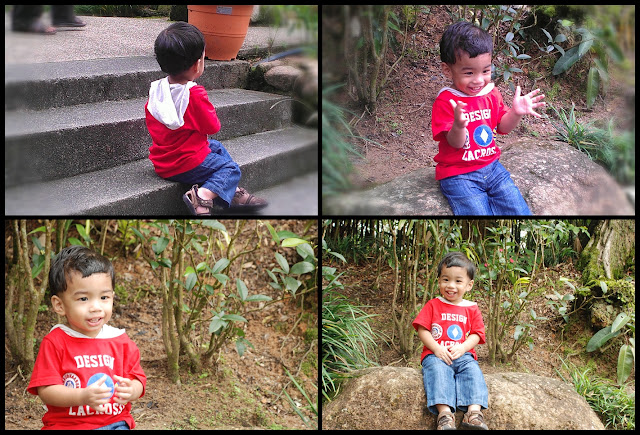 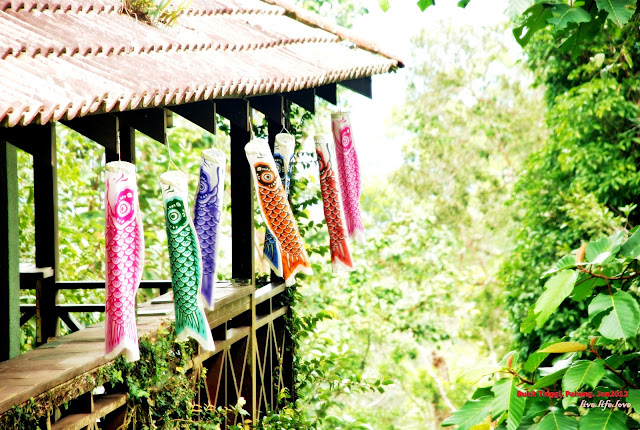 This garden is located 3500 feet above the sea and is one of its kind outside Japan. It was carefully planned and designed by a renowned Japanese architect , Mr Kaio Ariizumi and was built by a team of 22 skilled craftsmen flown in from Japan.
Entering this garden, you will went through a traditional  Japanese arch to the koi pond, the fishes are big and colourful. And the bridge bring you to a waterfall and the traditional tea house. 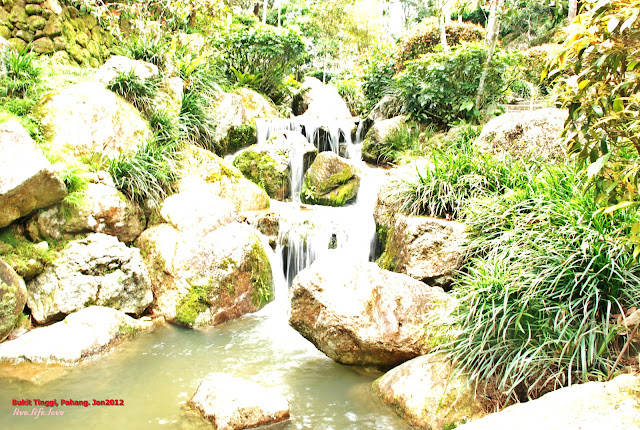 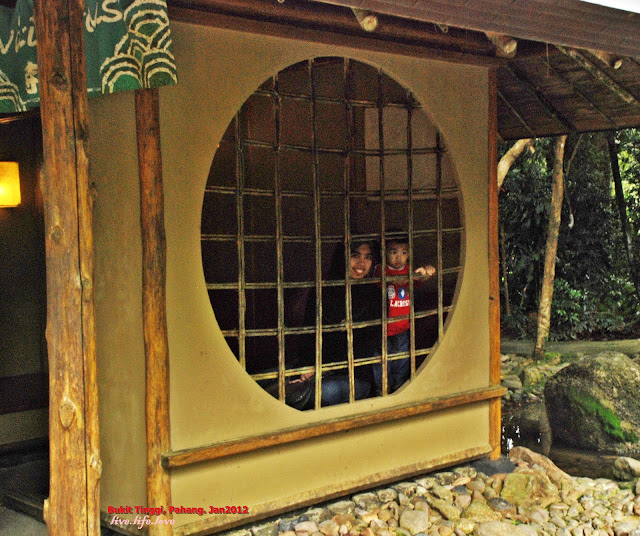 The traditional tea house also was said to be the world first built in a tropical forest.   You can rent a kimono and wore them for pictures and guests are also invited to join the Japanese tea ceremony. 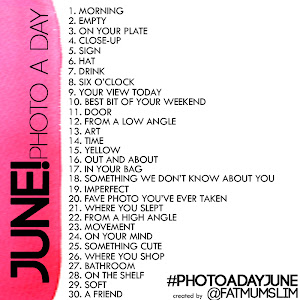